It was just over a year ago; I was sitting in my room , wondering what to do with my life after university. Gaming was all that kept me from going insane…

Constant job rejections and waiting for those dreaded university results, meant I desperately needed something to invest my time into. I took to day long video gaming sessions and reading up on the latest gaming news. I also joined twitter, this turned out to be one of the greatest decisions I ever made.

I found a gaming community full of wonder, awesomeness on twitter and I desperately wanted to be a part of it. I found a gaming blog and a blogger who I thought was simply “jesus”. Even to do this day I have been too (ahem) chicken to even say hello to this person both on twitter and in person. Let’s just call this person “Rockman”. This person had a simple yet enthralling blog, with great posts and was unsurprisingly nominated for a GMA in 2011.

After reading “Rockman’s” blog and a few others for a week or two, I thought why shouldn’t I start one? I have the technical and gaming knowledge to run one, but did I have the guts? E3 was coming up so there was alot of buzz in the industry, and this excitement gave me the POWER to think…..”sure why not start a blog”. Maybe one day it will be good enough to be given some GMA love ( a big maybe).

A name that means hope

I decided to use WordPress, as this needed the least amount of technical knowledge to pull off something at least half decent. I chose a theme which I loved and felt looked yummy, infact I knew it looked good, as it was the same theme as “Rockman” blog.

Settling on a name took a whole day. I chose a few pretty horrid ones when I think about them. Here they are below:

I don’t know where it came from, but “We See In Pixels” came from somewhere. I asked a few people and they said it sounded awesome. Of course they could have been telling me sweet lies to leave them alone. But even so I bought the domain and got the blog up and running.

I started up my blog a day before E3. And created my first post. Reading back at it now, I can’t help but cringe. I sound like such a noob/nob-head/lamer. I posted every day on what was going on in E3, of-course fully understanding that only me, a few close friends and my mum, was actually reading them

More job rejections, a fairly boring internship and the usual summer gaming drought, meant I lost some love for my blog. Even with my constant social media blasts, nobody was reading my posts, disheartening much? I still kept on blogging though as I wanted to let the gaming world know just what I’m about, even if they don’t really care.

My world was in play

Went for a job interview for one of the biggest games companies around. A firm which I’ve adored since childhood. I got lost for the first time ever in Central London beforehand and was a sweaty mess during the interview. But even so, they called me back for a second interview, which I pretty much nailed. No phone call came…

It was November 2nd, I was in Game and purchasing my personal game of the year. It was Uncharted 3. While handling over the cash for it, I got a phone call. “Mike you got the job, Sony want’s you to start next week”.

Working at SCEE of-course has been a dream come true. It gave me confidence as a blogger, member of the industry and most importantly as a person. People started to reply my tweets, readers where commenting on my posts, my blog hits where rising, I had people queuing to do guest posts and games companies where sending me….GAMES TO REVIEW.

I had made new friends in the gaming industry (and made a few enemies). Then the 2012 GMA awards where announced. I felt my blog had grown up both in its look (new theme) and how I write. But even so I still was too chicken to lobby for myself. It was only until a friend said that they had already voted for my blog that I though hmmmm…..

With this my lobbying began.

And here I am 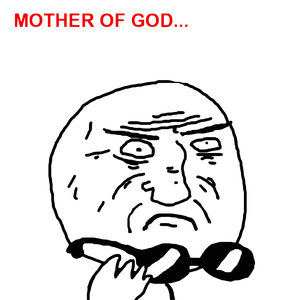 August 9, 2012. We See In Pixels is nominated for a GMA. Its safe to say I pretty much crapped my pants. A year ago I was sitting in my University dorm feeling sorry for myself and look where I am now. Too much can happen in a year, both good and bad. It has been a rollercoaster 12 months. But today has taught my to never give up and to persevere, always persevere.

Anyway I just want to say THANK YOU to everybody who voted for me. It really meant alot and you have no doubt changed my outlook on pretty much everything. I really don’t care if I win, this amount of recognition from my peers is more than enough.

And I would also like to say a big thank you to “Rockman”, as you inspired me so much. Maybe one day I will bring up the guts to say thanks to your face and buy you a drink.