NI No Kuni – Take my moneys!

NI No Kuni is a game that I have admired for some time since it’s release in Japan. I knew this amazing RPG was coming to Europe but my intrigue piqued upon seeing this tweet…

Over 50% of the Ni No Kuni: Wrath of the White Witch Wizards Edition has been sold and it's only been available for 5 weeks! Don't miss out.

White Witch Wizards Edition? “The shell is that?”, I thought. So I jumped onto Amazon and was graced with ALL OF THIS: 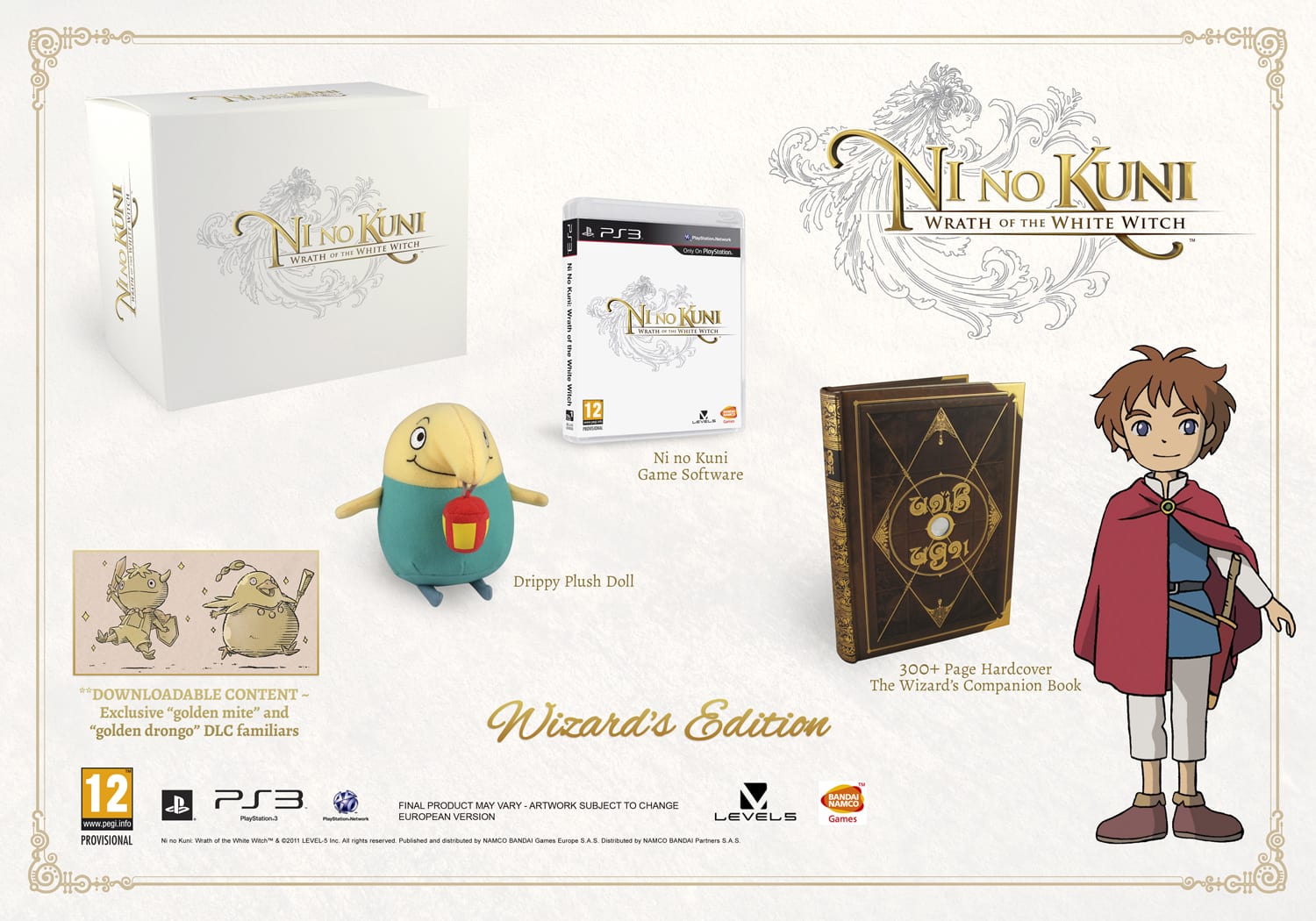 I rarely buy pricey special editions for games, as I feel you never really get what you pay for. It’s usually cheap and tacky plastic items which tend to look awful after about a year, unless you put in an air tight locker >.>

With this “White Witch Wizards Edition” of Ni No Kuni you get:

This will put you back £69.99, which I know isn’t a cheap sum. But it all looks just so erm Yummy(?), and I need it all sitting my room to probably forget about after a week, the game will of course hold my interest for a while 😛

It’s an age before we get this game (early next year), so if you’re a Studio Ghibli fan with some spare cash you should probably pop down a pre-order for this, before it all disappears as the earlier tweet implied.